You are here: Home / Bay Survival / The great Easter egg hunt is on! 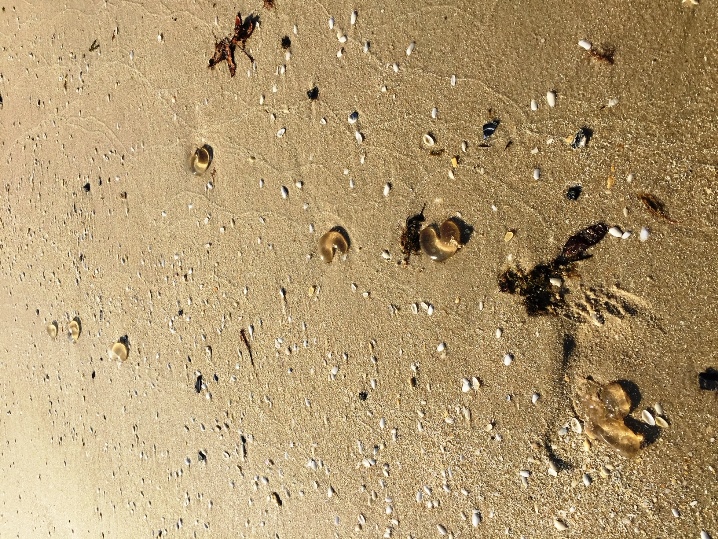 On the trail of snails at Carrum (pic: Baykeeper)

An unusually high number of sand snail egg masses found on the Carrum shoreline on April 15 prompted an email enquiry to Museums Victoria for advice on when spawning occurs.  Impressively, they replied the very next day with the most up-to-date information to hand from Florence V. Murray M.Sc (1962) Notes on the Spawn and Early Life History of Two Species of Conuber Finlay & Marwick, 1937 (Naticidae)., Journal of the Malacological Society of Australia, 1:6, 49-58

This study notes that the 2 sand snail species breed from Spring to Autumn in Victorian waters although isolated egg masses have been collected as late as June. It also noted fluctuation in the numbers of Conical Sand Snails observed might well indicate some Lunar influence – they were abundant during Easter (April 21 – 22, 1962) but sparse before and after that time. Was 1962 a typical year for sand snails? An Easter egg hunt (with a difference) is the only way to find out!

Baykeeper is keen for regular beach-goers to keep a record of sand snail egg masses on their beach during Easter and throughout the year.  As Sand Snails are predatory molluscs that feed on other molluscs, their presence may be a useful indicator of the health of the mollusc population in general.