You are here: Home / General / Time to cut the environmental cost of pest seastars?

Since 2004, Earthcare volunteers have removed Asterias from St Kilda harbour where thousands gather to spawn each winter. Meanwhile, government policy has focussed on detection and control of new pests; while preventing established pests spreading to waters outside the Bay. But with each Northern Pacific Seastar eating a bivalve a day, the question is: at what longterm cost to the Bay? 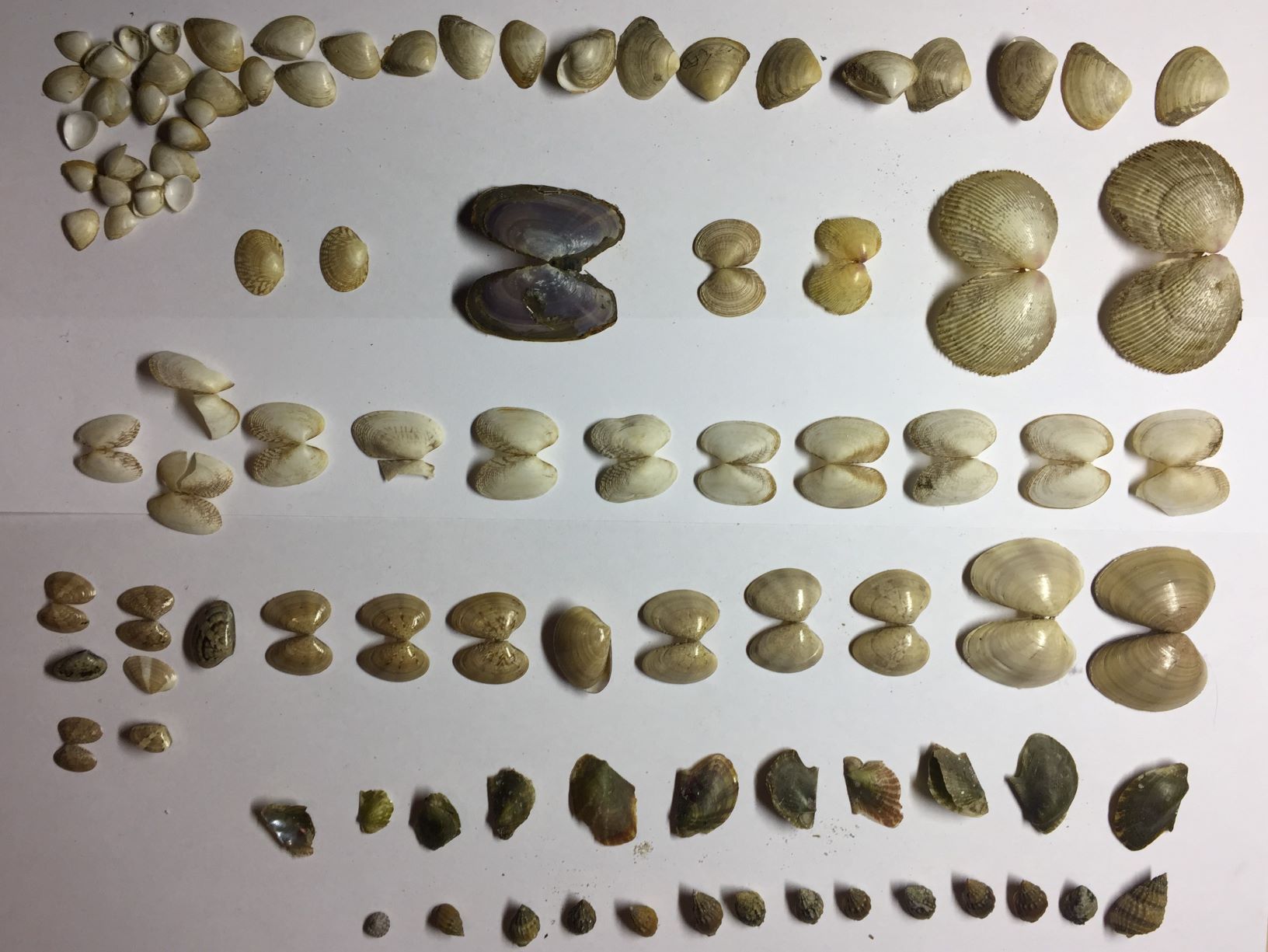 The 8 mollusc species (above) were found in Earthcare seastar catch bags in June 2020, giving some insight into which mollusc were on the seastar menu at that time. Species (like molluscs) that live on and in the seabed play a key role in supporting the fish stocks and top predators in the Bay. But how up-to-date is our knowledge of these mollusc populations; and, which fishes depend on them?

Recent nearshore aggregations of Asterias have increased community interest in removing pests from shallow waters where they are most easily collected. If this can be done safely and with appropriate disposal of the pests, what have we got to lose?